Grasslands, including the Canadian Prairies,
are the world’s most Endangered Ecosystem.

Sixty-one Animals are on the Species at
Risk of Extinction list in Saskatchewan.

"Who Calls?"
Excerpts from The Legend of Qu’Appelle Valley

I am the one who loved her as my life,
Had watched her grow to sweet young womanhood;
Won the dear privilege to call her wife,
And found the world, because of her, was good.
I am the one who heard the spirit voice,
Of which the paleface settlers love to tell;
From whose strange story they have made their choice
Of naming this fair valley the “Qu’Appelle.”

I hear a voice speak tenderly my name.

“Who calls?” I answered; no reply; and long
I stilled my paddle blade and listened. Then
Above the night’s wind melancholy song
I heard distinctly that strange voice again—
A woman’s voice, that through the twilight came
Like to a soul unborn—a song unsung
I leaned and listened—yes, she spoke my name.
And then I answered in the quaint French tongue,

I started up—and bending o’er my dead,
Asked when did her sweet lips in silence close.
“She called thy name—then passed away,” they said,
“Just on the hour whereat the moon arose.”

Among the lonely lakes I go no more,
For she who made their beauty is not there;
The paleface rears his tepee on the shore
And says the vale is fairest of the fair.

Full many years have vanished since, but still
The voyageurs beside the campfire tell
How, when the moonrise tips the distant hill,
They hear strange voices through the silence swell.
The paleface loves the haunted lakes they say,
And journeys far to watch their beauty spread
Before his vision; but to me the day,
The night, the hour, the seasons all are dead.
I listen heartsick, while the hunters tell
Why white men named the valley The Qu’Appelle. 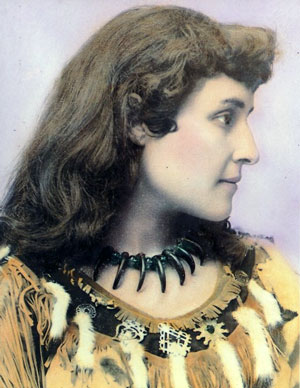 True Reverence for Nature is no longer felt or expressed by most individuals in today’s society. Many people see Mother Nature, but fail to behold her. Most want to own her and use her for self-interest and self-satisfaction.

Children are no longer immersed in nature and grow up having no profound connection to it. Imagine how beautiful the Prairies were two hundred years ago and how connected First Nations Children were to their Beautiful Natural surroundings.

Nature is not a house with water in front of it. Plants and Animals are more than commodities. The Joy and Wonder of Nature are deeper spiritual experiences than socializing and fun.

The Natural Earth including the Qu’Appelle Valley, River and Lakes are Sacred Places and they should be preserved in their Natural State.

Natural Animals should be respected and protected, not just pets. Any Animal that does become a true threat to people or livestock should be dealt with responsibly, quickly and with mercy. They should not be trapped, wounded or poisoned and left to suffer.

All Natural Animals need large interconnected areas of land and water to find food, raise their families and fulfill their own Natural Essence of Being. Natural Animals ("wildlife") have the inherent right to live naturally and free from human interference.
Animals and the Earth are the Greatest Wonders in the Universe.

Preserving our one and only Beautiful and Sacred Natural Earth and Protecting Amazing and Innocent Natural Animals from suffering and extinction are our most important and urgent responsibilities and are the greatest gifts we can give to our children and to future generations.